The Best Finnish Beer 2021 is Runaway NEIPA by Olarin Panimo 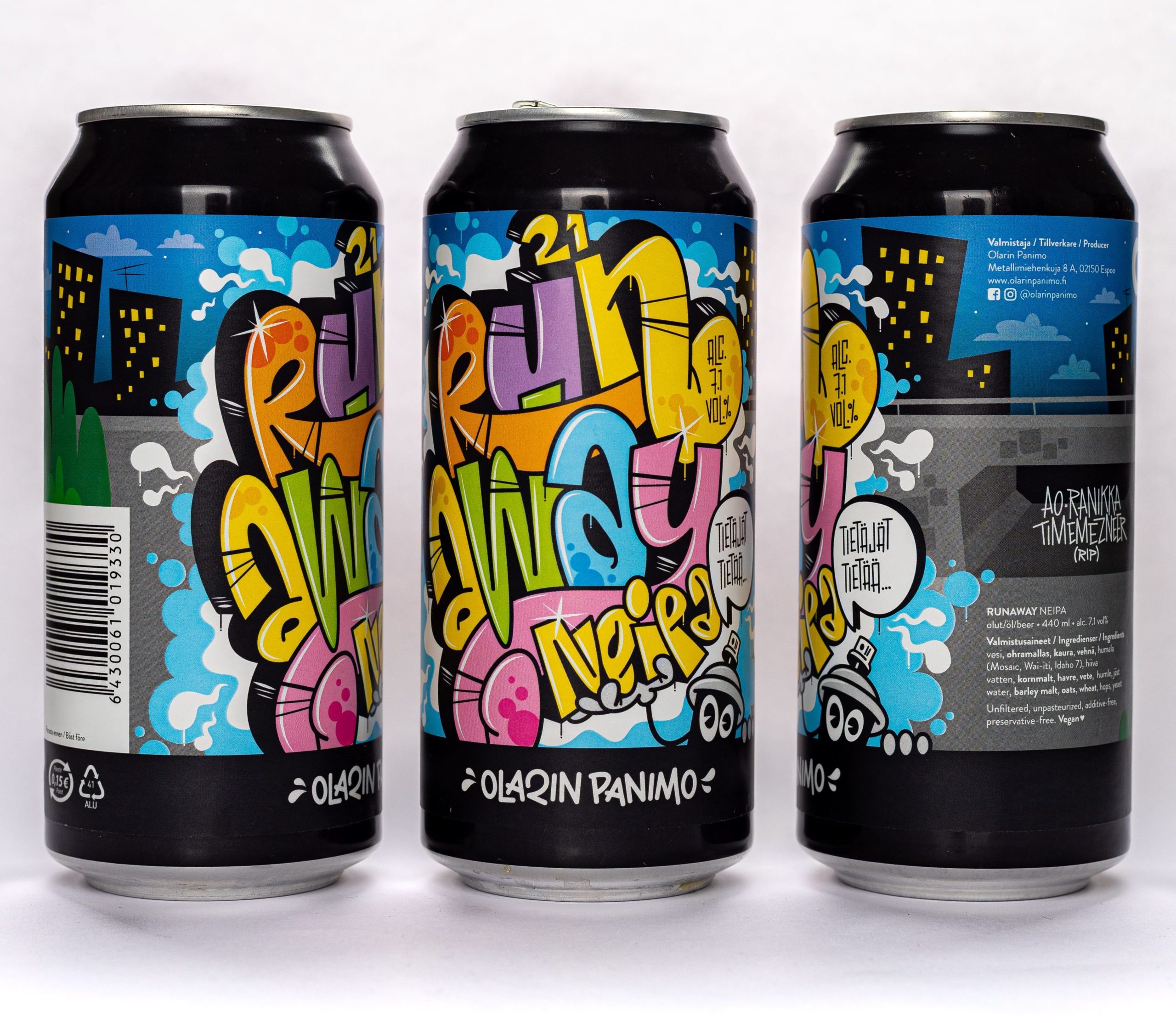 IPA and APA -category winner is made by Olarin Panimo which also made the best sour beer and the best fermented beer. The awards of twelve competition categories were given to breweries all around Finland from Hailuoto to Uusikaupunki and Jyväskylä.

The Best Finnish Beer 2021 is Runaway, a New England IPA 7,1 % made by Olarin Panimo in Espoo. The international final jury described the IPA and APA -category winner as well as the number one judged beer in the overall competition as well-made, excellent representative of its style. In the judging, attention was drawn to the inviting, good aromas and fresh hops, which brought several different levels to the beer. As a whole the beer is both complex and easy to drink.

The Best Finnish Beer was chosen among 12 category winners. The final judging was done as a blind tasting and discussion so that the judges were told only the beer style indicated by the brewers themselves. S Group supports winning beers (max 5,5 %) by making them available to consumers through its own grocery store network throughout Finland.

In 2021 the category wins spread all over Finland. The best wheat beer, Wheat 4.7 %, was made by Hailuodon Panimo. The victory of the stout and porter category went to Ikiiurso 12 % at Hiisi Brewing Company in Jyväskylä – for the fourth time in the competition’s history.

The best light lager Prykmester Keller 5.0 % comes from Uusikaupunki and is by Vakka-Suomen Panimo, and pils Sulku Pils 5,2 % from Vääksy from Kanavan Panimo. Bock’s Corner Brewery from Vaasa made the best dark or colored lager Bock’s Dunkel 4.9 %.

The Finnish beer-style sahti took the win in the light or medium ale category, the best of which was Pihamaan Panimo’s Pihamaan Sahti 9.0 % from Heinola. The winner of the flavored beers was CoolHead Brew’s Party Smoosh 5.0 % from Tuusula. In the Other beers -category, where beers that did not fit into the other categories competed, the victory was taken by Fiskarsin Panimo’s Kaksi Kotia Vailla Humalaa by 5.6 %.

The 2021 competition included a new category of non-alcoholic and low-alcohol beers. The victory went to Olvi Rye Mild Neipa 2.8 % in Iisalmi.

Mariaana Nelimarkka, journalist and chair of the final jury, praised the judges’ work in the rigorous final discussion: “The discussion went sensibly and quickly. The jury was knowledgeable and we had a great time analyzing the beers and discussing them thoroughly but smoothly. In the end the views were pretty much aligned and the winner was very clearly agreed on!” 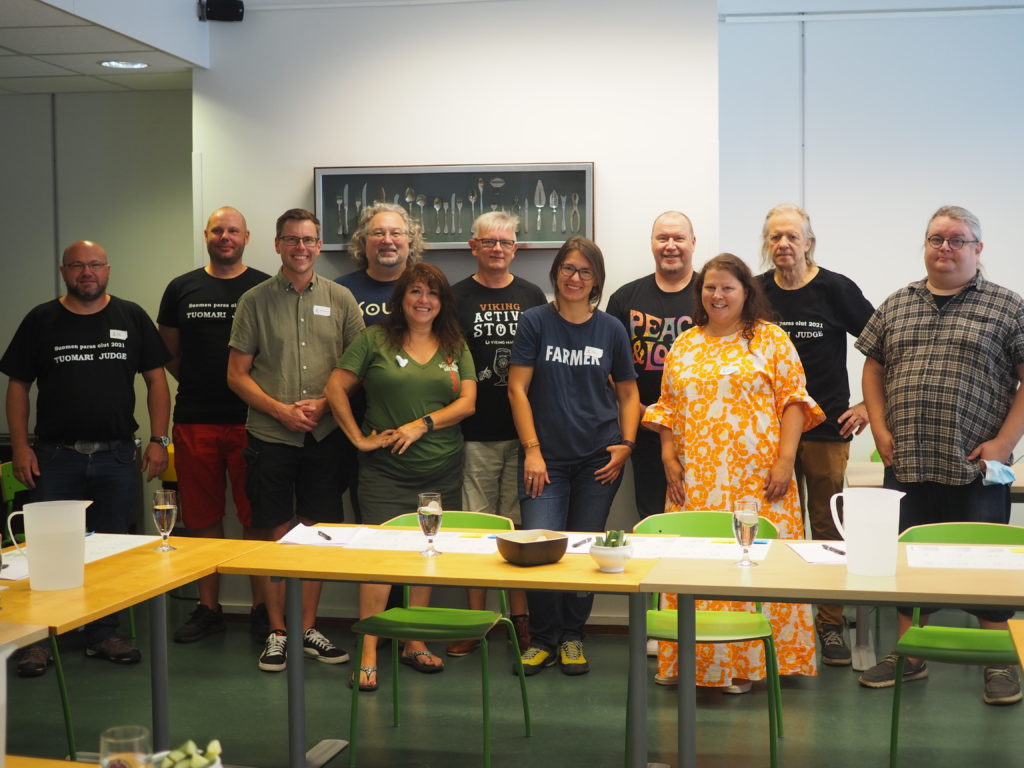 More pictures (source has to be mentioned): https://olutliitto.fi/materiaalit/kuvapankki/ 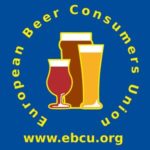